Can an employer dismiss unvaccinated employees? A critical analysis of the CCMA award in Theresa Mulderij v The Goldrush Group (case number GAJB 24054-21). 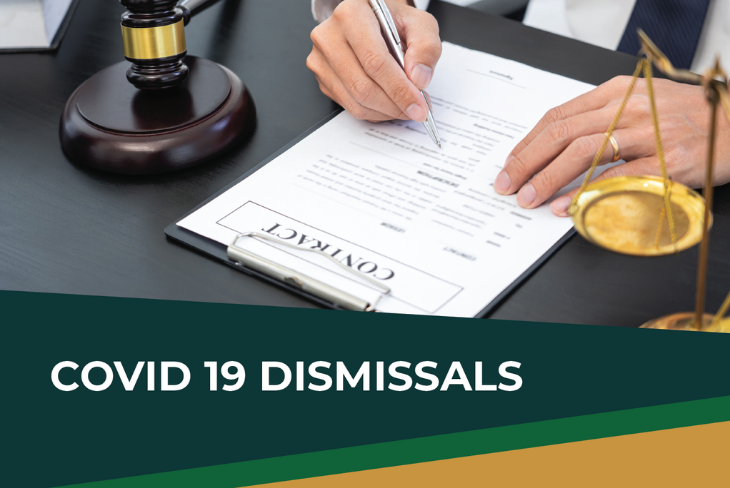 Can an employer dismiss unvaccinated employees? A critical analysis of the CCMA award in Theresa Mulderij v The Goldrush Group (case number GAJB 24054-21).

Since covid-19 invaded our shores, it has not been, and it could not be, business as usual. Businesses all around the world have had to adapt their practices in response to the threat of the corona virus. One such recent adaptation has been the putting in place of policies requiring employees to be vaccinated against covid-19. The question is whether the employer may dismiss employees who refuse to be vaccinated. This question was answered in the affirmative in the CCMA award in Theresa Mulderij v The Goldrush Group (case number GAJB 24054-21) (Hereafter “Goldrush”).

The Goldrush Group dismissed Ms Mulderij on the grounds that she was permanently incapacitated due to her refusal to, and insistence that she will never get vaccinated against covid-19. Mulderij was employed as a Business Related and Training Officer. Goldrush had put in place a vaccine mandate policy, which required employees to be vaccinated. Mulderij felt this policy violated her right to bodily integrity guaranteed in section 12(2) of the Bill of Rights and she accordingly refused to get vaccinated and applied for exemption as provided for in the policy. The exemption committee declined Mulderij’s application on the ground that she occupied a high-risk position requiring her to interact with colleagues on a frequent basis in confined and uncontrollable spaces. Goldrush instituted its incapacity procedures, throughout which Mulderij maintained that she would never get vaccinated, culminating in her dismissal.

The employer labelled this dismissal as incapacity. The employee and the commissioner acquiesced to this labelling without question. Professor Pierre de Vos wrote “In this case incapacity arose because her refusal to get vaccinated made it impossible for her to do the job for which she was employed.” (https://constitutionallyspeaking.co.za/why-the-ccma-upheld-the-dismissal-of-an-employee-who-refused-to-get-vaccinated-against-covid-19/). This view, as demonstrated in this article, is not altogether accurate.

This article considers what is meant by incapacity and whether other forms of dismissals were appropriate in Goldrush. The article finally concludes that the true reason for Ms Mulderij’s dismissal was for operational requirements and that she should have been awarded compensation on the ground that the dismissal was procedurally unfair.

This was a novel case and an opportunity for the commissioner to lay down a significant point of reference for future cases. The award, regrettably is very scant on its analysis of the issues placed before it, deservedly attracting askance views.
The commissioner is required to deal with the substantial merits of the dispute. In order to achieve that task, the first question he should have determined mero motu was the true nature of the dismissal. The Constitutional Court In CUSA v Tao Ying Metal Industries & others [2009] 1 BLLR 1 (CC) at para 66 held:
“A commissioner must, as the LRA requires, “deal with the substantial merits of the dispute”. This can only be done by ascertaining the real dispute between the parties. In deciding what the real dispute between the parties is, a commissioner is not necessarily bound by what the legal representatives say the dispute is. The labels that parties attach to a dispute cannot change its underlying nature.”
The commissioner in Goldrush failed to carry out this duty. It is submitted that the true reason for dismissal in Goldrush was not incapacity.

Items 10 and 11 of the Code of Good Practice: Dismissals, provides that incapacity arises from ill health and injury, which clearly do not apply to Mulderij. The CCMA and the Labour Court have, however, accepted other cases where the employee was unable to carry out their duties for reasons unrelated to ill health and injury. A survey of the matters presented below demonstrates that in order to argue incapacity outside of the parameters of the Code of Good Practice, there must have been some interruption to the employment relationship that renders performance impossible. What may be termed a ‘supervening impossibility of performance’. This is important because however elaborately couched, stripped to its core, the employer’s argument is that the employee was incapacitated because the employer did not want her to work. It would be untenable to allow employers to render employees incapacitated simply at the employer’s discretion, there needs to be something more, as demonstrated in the survey of awards and judgments below
In Armaments Corporation of SA (SOC) Ltd v CCMA (2016) 37 ILJ 1127 (LC) the employee was employed as a Security Manager at Armscor. His position required that he underwent regular security checks conducted by the Intelligence Division of the SANDF that issued security certificates. After 30 years the SANDF suddenly declined to renew the employee’s certificate and declined to provide reasons. Armscor dismissed the employee on the grounds that he lacked capacity. The CCMA found that the dismissal was substantively unfair and ordered reinstatement. On review, the LC highlighted that the incapacity arose from a legal prohibition of employment since the employee was legally required to have a security certificate. That a third party made the decision to deny the employee the security certificate constituted an intervening impossibility/illegality of performance. Nothing turned on the fact that the third party failed to provide reasons for its decision, what remains is that Armscor could not legally employ an employee that was not possession of a security certificate. The CCMA’s award was set aside and it was found that the dismissal was substantively fair, however, since incapacity procedures were not followed, the employee was awarded compensation of 8 months’ salary.
A similar matter where the enactment of legislation resulted in the incapacitation of an employee was in Mhlungu & another & Gremick Integrated Security Specialists (A Division of Servest (Pty) Ltd) (2001) 22 ILJ 1030 (CCMA) 1034, where it was highlighted that incapacity may ‘arise as a species of supervening impossibility of performance, which might be permanent, temporary or absolute’.
The facts in Moeketsi & Spilkin Optometrist (2012) 33 ILJ 1502 (CCMA) demonstrate another scenario where circumstances are beyond the control of neither the employer nor employee. In this matter the landlord of the shopping centre wherein the employer operated and where the employee worked, had issued a persona non grata against the employee following accusations that the employee had been involved in theft at another shop within the shopping centre. In effect, the employee had been prevented from reporting to work by the landlord. Having concluded that the dismissal was for incapacity, the arbitrator castigated the employer for failing to support the employee in the absence of evidence against her, or instruct its attorneys to provide assistance to the employee, or even attempt to obtain an interdict against the landlord. The employer also ignored the employee’s request to be transferred to another branch. Since the employer made no effort to assist the employee, the dismissal was unfair.
In  National Union of Mineworkers & another v Samancor Ltd (Tubatse Ferrochrome) & others (2011) 32 ILJ 1618 (SCA) the employee had been dismissed after he had been arrested for 10 days. The arbitrator found that dismissal had been substantively unfair because the employee had served for a period of 10years. He did not hold such a key position that his absence of 10 days would be seriously detrimental to the employer and the employer could show no reason why the employee could not be accommodated upon his return. There was further no evidence that the employment relationship had been rendered intolerable. The SCA declined to rule on whether the employee’s dismissal should have been categorised as a misconduct (absenteeism) or incapacity since on the particular facts the outcome would be the same, dismissal was substantively unfair. It is submitted that the correct categorisation would have been incapacity on the ground that the employee was not at fault for his absenteeism, he could not help it, there was a supervening impossibility of performance, which speaks to incapacity.

3.1.1 Supervening impossibility of performance in Goldrsuh

In Goldrush, the employer emphasised that the nature of the position Mulderij occupied requires vaccinated personnel so as to safeguard fellow employees and the community at large against covid-19. The justification is sound and cannot be gainsaid. Employees who man posts that require frequent contact with other persons I confined spaces should be vaccinated and those who refuse to be vaccinated, render themselves superfluous to the employer’s needs and may be retrenched. The employer would then be required to implement procedures prescribed in section 189 of the LRA to effect the dismissal on operational requirementsx

An alternative form of dismissal that was open to the employer in Goldrush was misconduct. This would be premised on the employee’s breach of the employer’s policy. Considering the gravity of the pandemic, the nature of her position, and her insistence on remaining unvaccinated most likely justify the sanction of dismissal. The employer could have instituted a disciplinary hearing proceedings.
Had the commissioner applied his mind to the true nature of the dismissal and categorised it as either a misconduct or an operational requirements dismissal, the outcome would have been the same, namely that dismissal was substantively fair but procedurally unfair since incorrect procedures were implemented by the employer. The employee would then be entitled to compensation.

This award was wrongly decided on an incorrect categorisation of the dismissal. There may come a time when the dismissal of unvaccinated employees will be for reasons of incapacity. That will be when there is legislation prohibiting unvaccinated person performing certain duties. When such prohibition unilaterally comes from the employer, then the employee’s non-compliance should be treated as any other breach of the employer’s policies and disciplinary action must be taken. In some circumstances involving a position that requires frequent contact with other people, then retrenchment proceedings will be appropriate. 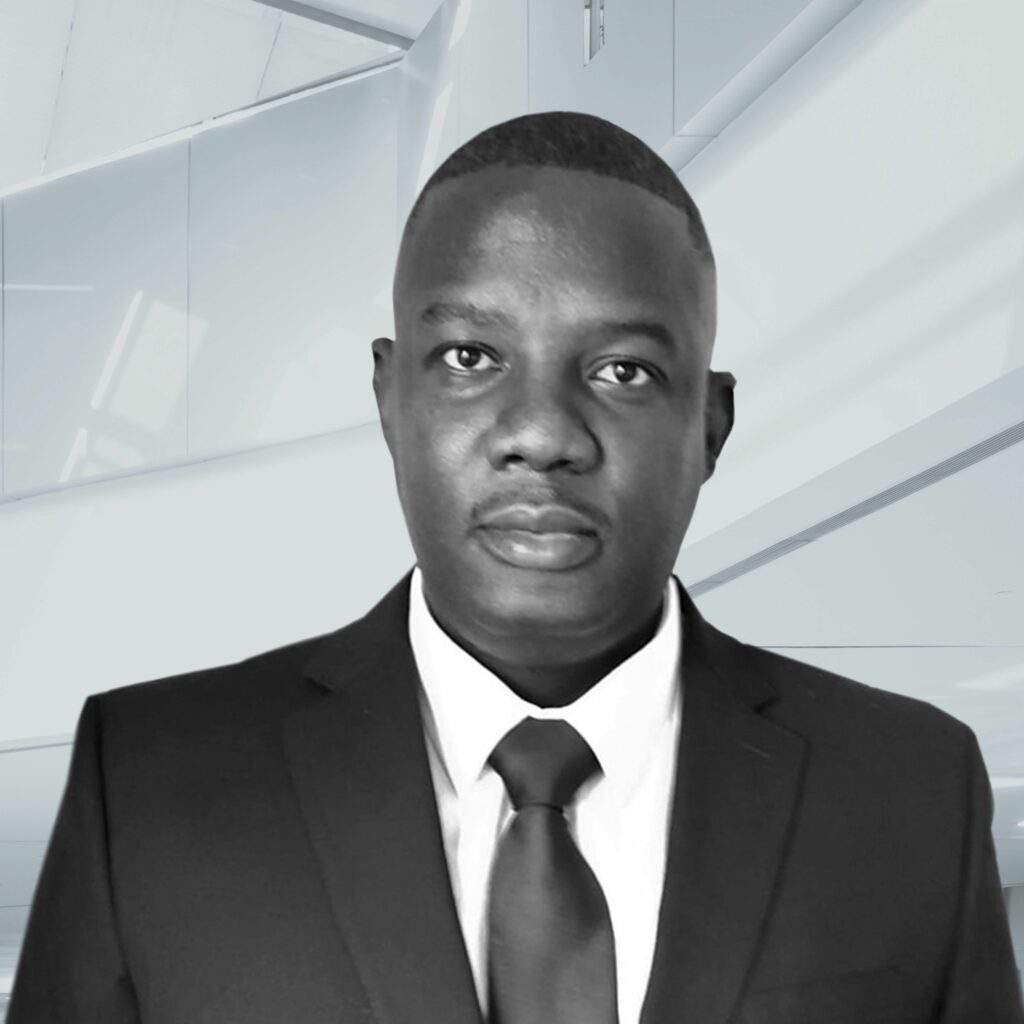 Your partner for Law, Tax and IP.

Stay up to date with the latest law, tax and intellectual property news. Leave your Name and Email Address below to stay informed!